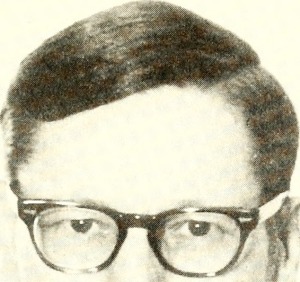 At the beginning of Novel Boot Camp we talked about brainstorming and how to be creative. Coming up with ideas isn’t difficult for most writers. We can sit and rattle off dozens or maybe hundreds of ideas (a hippo escapes the zoo, a girl gets possessed by her mother’s ghost, a dog saves a child from a kidnapper…you get the idea).

But coming up with great ideas is a lot more challenging. So today I want to talk about how we know whether our ideas are working for or against our novels.

First, to be clear, there is no such thing as a bad idea. This might sound like something a kindergarten teacher would say, but it’s true. Ideas aren’t inherently good or bad. An idea might be stunningly brilliant for one book and awful in another. Whether an idea is “good” or “bad” depends entirely on context.

So when we talk about whether an idea is “good,” what we’re really talking about is whether the idea is good for the story you want to tell. It’s important to remember that a novel is not made up of one idea. A novel is made up of hundreds of ideas (both big and small) that all need to work together.

When you look at writing as idea curating, it can make it easier to make tough decisions (like cutting out a scene that doesn’t fit the plot or changing a character’s personality). Often, more than anything else, it’s our mindset that needs to change to make editing more effective (and more bearable).

What is the Story You Want to Tell?

When thinking about whether your novel is holding together as a well curated collection of ideas, you first have to start with your concept. What story do you want to tell? What drew you to this story to begin with? Did you want to highlight an awesome character? A cool super power? Or was it the underlying emotional charge of the story that drew you to start writing?

Once you identify what is important to you, it will be much easier to assess whether ideas are supporting your goal. When we don’t focus on why we want to tell a story, it’s easy to get sidetracked and end up telling a story that has nothing to do with what was originally envisioned.

What if You Don’t Know Your Vision?

Sometimes writers don’t know what part of the story is important to them. They lack vision. This is perfectly okay, but keep in mind that if you don’t know what you’re shooting for, you’re aiming for a target that doesn’t even exist yet.

If you start writing without a vision, you’re not alone and it’s a perfectly legitimate writing technique. But you absolutely must edit! Once you figure out your vision, you will need to rewrite most of the novel in order to tell a cohesive story. This rewriting usually involves total character and plot overhauls, not just changing lines here and there.

How to Ensure Your Novel is Cohesive

To make your novel beautifully cohesive, first you need to start with your vision. So for the sake of example, let’s say my vision is this:

I want to write a story about loving the family you have rather than abandoning them.

Now that I have my vision written out in simple terms (which might take you a long time or even multiple drafts to accomplish), I can check to see if the pieces of my novel are helping to support this vision. I will probably find a lot of issues, but I’m going to focus on just two in this example.

Somewhere along the line I started writing this subplot about how the main character’s daughter wants a dog. I realize that her wanting the dog isn’t really supporting my vision. It’s pulling focus away from the central conflict and it becomes a major plot point even though it’s not really telling the story I wanted to tell. I now know that I need to get my editing scissors out and snip-snip-snip away at this subplot.

These major edits can be extremely difficult. Maybe I love the character’s family as I wrote them. The characters are so sweet and charming and perfectly done that I just don’t want to let them go. In that case I need to decide to either change my vision completely (and thus cut out a lot of stuff that worked for the previous vision but isn’t working anymore) or I have to make the tough decision to alter their personalities.

Work on identifying your vision for your novel. Try to make the vision as clear and as simple as you can. Once you figure out your vision, write it down.

Challenge the elements of your novel against your vision. Look specifically at character motivation and goals, subplots, plot points, and theme. Are all of these elements supporting your vision? If not, how can you fix them so that they do support your vision?

If fixing the issue isn’t possible, cut the elements that aren’t working and get cracking on replacing them with material that creates a nicely curated and cohesive novel.

Do you start writing your novels with a vision or do you figure it out as you go?