Historically, storytelling was often used as a tool to convey religious, moral, or even political messages. Stories made concepts easy to pass along to others, especially when not everyone could read.

But today, we no longer tell stories for the purpose of conveying morals. This doesn’t mean that books today never have morals, but it does mean that the publishing industry expects the story to stand on its own merit.

Some unpublished novels are obviously written to convey a moral message. If you’re writing such a novel, you know who you are. But many writers have subplots, scenes, or even just small moments where morals take center stage. Sometimes this is a great thing. For example, Harry Potter touches on slavery with the house elves.

But almost everyone agrees that slavery is wrong. The problem arises when the moral being conveyed is not accepted by the bulk of the target readership. For example, topics like gun control, the death penalty, and the “correct” religion can make readers bristle.

So whether the message is the point of your story or plays a minor role, let’s take a look at how a moral can be conveyed without alienating or offending readers.

As a fiction writer, your job first and foremost is to be entertaining. Readers want to pick up your novel and have a great time reading it. Note that “entertaining” doesn’t mean “fun.” There are lots of books that are sad or suspenseful but they are still entertaining. A moral should not be a replacement for an entertaining plot. If readers don’t pick up on the moral of the story, the story still should be captivating.  And if readers pick up on the moral but don’t agree with it, that should not ruin the reading experience.

Messages feel less forceful when a novel is set in an exciting fantasy world or alternate history. Fantasy allows the reader to spot the moral message and apply it to their own lives (if they choose) without feeling as if the novel is condemning or judging them. A fantasy world is an easy way to “soften” a message, but it’s certainly not the only way.

Let’s say you want to convey the message that violence is always wrong. You might explore a lot of hot button issues like war and the death penalty, but since this is a novel and not political commentary, you should do so in a tight character-focused way. For example, perhaps your story is about John who is on death row for murder, but he has cleaned up his life and wants a second chance.

This story can explore what it’s like to be on death row, how some people can change, and that perhaps John doesn’t deserve to die. If the focus is kept tight on John, the reader can root for this particular character even if they don’t agree with the message as a whole. It’s also easier to change the reader’s mind when the message develops naturally from the character and circumstances.

The worst thing you can do is present the opposing side of an issue as if they are ignorant, mean, or wrong. If you’re writing about an issue that’s important to you, you want your opinion to be respected. Those who believe the opposite as you would also like their opinions to be respected. Demonizing the opposition will cause the reader to dig in their feet against you rather than glide through the novel enjoying the ride.

Nobody likes to be preached at by a book they picked up for entertainment. Long sections of narration explaining the obvious correctness of your opinion will pull the reader out of the story. It’s tough to take the world and the characters seriously when the writer’s objective in writing the story is so clear.

This is a good policy for all writers in all circumstances. When we lump groups of people together, we tend to simplify and homogenize them. We know that people are very diverse even within tight groups but we tend to still lump people together by race, gender, age, occupation, religion, or political affiliation and then we make broad statements about the entire group. Some generalized statements may seem relatively benign while others are more outwardly offensive, but both types of generalizations should be avoided.

Don’t Use Characters as Your Mouthpiece

Your characters should feel like individuals with logical and cohesive personalities. As soon as the character starts talking about a moral issue, it’s very likely they will begin to feel like a mouthpiece. Make sure what your character says feels authentic. Avoid having characters monologue about the virtues of their opinion unless it truly fits with their personality. If it doesn’t fit, readers will know that it’s you speaking rather than the character.

Writers are often instructed to “write what you know” but this isn’t always a good idea. If you feel very strongly about a particular message, it’s very easy for the book to become uneven or heavy handed. If you get very angry when thinking about the opposing viewpoint, that anger may be too difficult to disguise in your writing.

Conveying a message can be done in a positive and fair way, but not everyone is at a place where they can do that. If you’re writing to get revenge or to prove that you’re right, you will likely struggle to handle the subject matter in a constructive way.

While stories built around morals have fallen out of vogue, it’s still possible to write a novel that conveys a message that’s important to you. The key is to be entertaining first and foremost, to allow your characters to act naturally, and to present both sides in a fair way.

Determine whether there is a moral or message in your novel (big or small). If there is, continue to the questions below. If there isn’t, please spend some time offering critiques to your fellow Boot Campers! 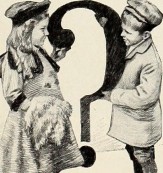 Discussion Question (please discuss in the comments below)

Have you ever read a novel that pushed its message or moral too hard?