Publishers, agents, and readers all make quick decisions about what they want to read. Below are my first impressions of ten novel openings written by Novel Boot Camp participants.

I stopped reading (and ended the excerpt) at the point that I was no longer interested in continuing. I also included comments about why the story didn’t catch my interest.

When determining whether a first page is indicative of publishable writing, these are the elements typically considered:

If you don’t know what Novel Boot Camp is, check out the full schedule here!

“I Stopped Reading When…”

There wouldn’t be enough food to last the winter, Caelan realized as he inspected another empty trap. He tested the trigger, letting the trapdoor snap onto his forearm. Everything appeared to be in working order, but it turned up empty of both game and bait.

“Must have missed this one,” He sighed and hid the box within the shrubs with fresh bait. He slung what little game he’d managed over his shoulder with his hunting spears and made his way to the next set of traps.

Only one out of the next five caught anything; a small hare. He dispatched the animal and tied it with the others. Trapping was illegal, but an open secret among the west-most borough of New Thessalon, the land between an unforgiving sea and mountain range. It was the only life Caelan knew, but the way his grandfather spoke it was a harsher land than where he lived as a young boy.

Caelan cleaned his knife, and all but left when he noticed tracks in the dirt. He cleared detritus to get a better look at clawed footprints without impression of a heel.

Notes: The first line would have a lot more punch if it were simply: “There wouldn’t be enough food to last the winter.” There are a few awkward phrasings: “dispatched the animal” (I initially thought he let it go), “the way his grandfather spoke it was a harsher land than where he lived as a young boy” (this is clunky and doesn’t flow well within the paragraph), “cleared detritus” (wording seems unnecessarily sophisticated), “without impression of a heel” (wording seems unnatural).

Ryker stood indecisively before the door. He had heard the bell and this late at night it could only mean one thing. It was not the first time this had happened and he knew it would not be the last, and he did not love his master any less because of it. Still, that did not mean he had to like it. Sighing he made up his mind and opened the door a bit to look inside. What he saw almost made him regret coming out of bed. Almost.

Blood covered the floor. A shadow stood in the middle of the room. Red covered its hands, a corpse lay at its feet and a knife in its hand. If it had noticed Ryker, which Ryker knew it had, it paid him no mind.

Notes: “It was not the first time this had happened and he knew it would not be the last” is a cliché so I would avoid using it at least on the first page. “What he saw almost made him regret coming out of bed. Almost” is awkward since what he sees is a violent crime. The wording is too casual and has the wrong connotation for the situation. “If it had noticed Ryker, which Ryker knew it had” is very awkward. If Ryker knows it saw him, why start the sentence with “if”?

Someone left a grease smudge. How unprofessional. I gather the sleeve of my lab coat into my fist and reach at eye level to wipe the grey blemish off the cylindrical tank. The tank chills my hand and I rub away the grease until the glass squeaks. On the other side of the glass, two frigid dead eyes gaze back at me.

Notes: There needs to be a stronger reason to start by focusing on the grease smudge. The description doesn’t seem important so I wouldn’t give it the precious first sentence. “I gather the sleeve of my lab coat into my fist and reach at eye level” is unnecessarily complicated which makes me worry the novel as a whole is going to be too wordy. This could be written much simpler: “I wipe the blemish off the tank with the sleeve of my lab coat.”

John was about to die.

He eyed the huge manticore’s tail as it thrashed, smashing boulders into pixels behind it. Rainbow flashes of light popped as the pixels flared and then disappeared.

Good. Death meant he would respawn at level one—a fate literally worse than death in the VR world that was humanity’s home—but he had a plan.

Notes: “He eyed” is unnecessary and weakens the manticore’s actions. My guess is that if this is a VR world, the graphics are better than visible pixels when the manticore smashes boulders unless this is a stylized game. Give a better sense of what this VR looks like. What is the quality and style of graphics? “In the VR world that was humanity’s home” is awkwardly worded.

A snarl seeped from Perseus’s lips. Millenia had passed since he’d first visited this Gods-forsaken cave. How had nobody dammed that infernal dripping by now?

At his feet, one of the creatures whimpered from behind its gag. He kicked out: his boot connecting the flesh of its thigh. It uttered a cry but went silent.

Perseus clenched his teeth as he glared at the three bound forms before him. Crete. Why had he waited so long to search the islands? His oversight had meant they were much older than usual. And She would not be pleased with him.

Notes: Unless Perseus’s irritation with the dripping says something about his personality, I’m not sure it’s working as a strong hook. The phrasing “How had nobody damned that infernal dripping” is a little awkward. How does someone “damn” dripping? “His boot connecting the flesh of its thigh” is a bit awkward. “Connecting with the flesh” would be stronger, but I’d probably be happier with something simpler like, “He kicked its thigh.” I’m not getting a sense of Perseus. Is he human? Is he a bad guy? I’m not getting a sense of the creatures or what they look like either. I don’t know who to connect to and there aren’t clear visuals.

She blew at the dandelion bloom until seeds broke free, floating away on a breeze that gust past the man watching her from the bushes, his breath hitched, burdens lifted and forgotten for a few precious moments.

It had taken ten years to locate her. A life of study, prayer, and service to Dei in a monastery had not prepared the man for so many years on the run, hiding under false names while he searched for the one he feared he might never find.  If not for the hope in his eyes, his grizzled, greying goatee and unkempt hair would have labeled him a beggar, or a desperate criminal.

Oblivious to the nearby threat, the girl dropped the crumpled dandelion stem and curtseyed clumsily to a conglomeration of stones. No more than two years old, she waddled across the overgrown orphanage courtyard, her cloth diaper askew.

Notes: Overall the writing is pretty strong. I’m not a fan of the run-on first sentence. Focusing on the man rather than a YA age protagonist is risky. Starting with the protagonist as a two-year-old is also very risky. This might be something that can be overlooked because the writing is strong, but the trope of the chosen one orphan is probably one too many things working against your first page.

Hand in hand, the three young explorers shuffled through the shoulder width musty cave. Lance lead the way, ducking the entire time and holding a penlight from his keyring. He estimated the cave to be six-feet four inches tall. Brian and his sister, Katherine followed close behind. In spite of the cave’s eeriness, it was a welcomed distraction from Elizabeth’s onslaughts of accusations and blame. Leaning against a tree with her finger bouncing off his chest, wasn’t his idea of the beginning of a great summer.

Notes: A lot of the descriptions pull the reader out of the scene. “Shoulder width” is not as exciting or claustrophobic of a description as what you could achieve by zeroing in on a single character to describe shoulders scraping against the rock or the sense the walls are hugging him. “Six-feet four inches” is strangely specific for an estimation. This also means that since Lance is ducking, he’s about six and a half feet tall which seems unlikely. Pull the reader in closer to Lance’s experiences so he stands out as the protagonist.

The Arcade Hall was full of various videogame cabinets, old and new. Some of them were occupied, others were vacant. Afternoon gamer’s rush was just starting.

John walked between the rows, eyeing the vacant machines. He noticed a familiar player and came closer.

Notes: The first paragraph is both specific and vague. “Various” is a word to avoid because it doesn’t tell the reader anything. “Old and new” doesn’t tell the reader much and neither does “some of them were occupied, others were vacant.” These are descriptions that would apply to any arcade anywhere. “A familiar player” is a bit awkward as is referring to Bob as “the player” in the next paragraph. “How’s your score?” seems a little awkward since John could simply look at the screen to see himself.

Rebecca darkened her eyeliner, and traced a red line around her lips. Her crush had invited her to a party at his house, no parents. She didn’t think he had noticed her, but then a few days ago in English, he passed her a scrap of paper with his number on it.

Notes: There’s nothing literary about the writing so your genre is probably general/mainstream. There are too many tropes in this first paragraph: opening with a girl doing makeup, a party with no parents, the crush who didn’t know she existed, passing his number unexpectedly on a paper. You’re either starting in the wrong place or the story needs more uniqueness.

The Crofts were caged in their dining room. Curtains drawn. Windows locked. The thick walls trapped their screams inside.

Sam Croft sat at the dining table as he fought against the rope that bound him to the chair. He was wheezing, sweating, tears fogging his vision. His family were but blurred figures across the table. They wriggled in their seats and pleaded through duct taped lips.
“Make it quick,” a voice ordered.

A knife rose in the air, tip aimed at Sam. He shook his head pleadingly. Heartbeat thundering. Hot tears pouring.

Then the blade came hurtling down.

Sam woke up with the breeze caressing his face and a bright light shining through his eyelids.

Notes: Opening with a dream is a trope. I get the impression dreams are probably integral to the plot, but premises built on dreaming are a very tough sell almost under any circumstances (though this doesn’t mean you can’t pull it off). The drama in the prologue isn’t hitting emotionally because the reader doesn’t have any connection to the characters. You would probably do better to start with Sam (presumably your protagonist) and what he wants (his goal or motivation).

Check out my video on writing your novel’s opening hook.

Want to connect with other Novel Boot Camp Participants? 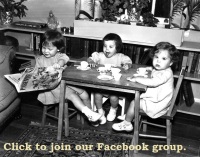