Some writers feel that themes develop organically or that they are discovered by readers or professors only after a novel is already written and out in the world.

Though we have a tendency to dismiss theme, it’s a tool that can benefit all writers by making novels more cohesive and meaningful. Theme can be the difference between a beautiful work of art and a novel that leaves the reader shrugging their shoulders wondering “What was the point?”

Many writers don’t utilize themes simply because they don’t understand what theme means. A theme is nothing more than an idea or concept that runs throughout the novel, tying the pieces together into a nice neat package.

Some examples of themes:

How Does Theme Play Out Across a Novel?

Theme is expressed in a variety of ways in a novel. Let’s look at the theme of revenge vs. forgiveness and how it might be conveyed.

The theme should be closely related to the protagonist’s character arc. In the end, the protagonist will make their own decision about the theme and where they stand. Usually this will be the opposite stance from what they believed at the beginning of the book.

A very strong way to convey theme is to have the antagonist wrestling with the same issue and even taking the same stance as the protagonist, but the antagonist will respond in a different way.

Theme can also be used to tie-in conflicts and subplots involving side characters. This is usually done in a subtle way by having the side character take the opposite opinion of the protagonist in order to create contrast in the novel. This also helps the sidekick to be a more effective sounding board for the protagonist.

Example: The sidekick to the protagonist believes that forgiveness is better than revenge and expresses doubt on several occasions when the protagonist expresses particularly vengeful thoughts or plans. The side characters may or may not take the opposite opinion in a way that is too extreme, unhealthy, or detrimental.

The external conflict should also convey the theme as it applies to the bigger picture. This bigger picture could be the family, friends, community, or whole world of the protagonist.

Example: The protagonist is fighting to protect their people from the antagonist’s revenge, perhaps while also trying to subdue a group of activists who believe in forgiveness. On many occasions the repercussions of living a life of revenge vs. forgiveness is depicted in the consequences the external conflict has on others.

If your novel has peripheral elements, such as subplots or historical events, those elements should also be tied into the theme.

Example: The novel is set during a time in history when the entire population was attacked. How the government responds to the attack (with forgiveness or revenge) provides an external mirroring of the protagonist’s conflict.

If your character believes that being powerful is the only way to feel loved, they will most likely change this opinion as they learn over the course of the novel that kindness and genuineness is a more effective and true way to love. So this novel might explore a theme of whether having true love or having power and control is more important.

If you don’t know what it is already, try to discover your novel’s theme. If it doesn’t have a theme, brainstorm how a theme could be created to help tie elements of the novel together. You may also find that choosing a theme helps you to brainstorm more effectively. 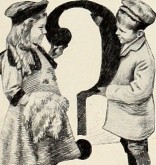 Discussion Question (please discuss in the comment section below):

What is the theme of your novel?