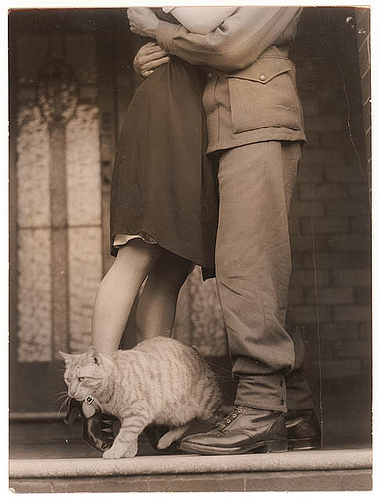 Full disclosure: I am not much of a romance lover. In fact, I rarely enjoy romance even as a side plot. This is mostly because it is typically done in a way that is so shallow, predictable, and annoying that I want to throw the book (or throw up). That said, I have edited a few romances over the years that I truly enjoyed because they had fantastically lovable characters and conflicts that were different and unique.

So here is my best advice on writing a romance that even I (and my fellow non-romance-lovers) will enjoy.

You don’t want your readers’ eyes to roll back in their heads with exasperation, nor do you want them gagging into their e-readers. So use the mushy stuff sparingly. Here are some tips:

There are certain expressions of “love” that can be downright creepy. Some of these are used in published novels with varying degrees of success, but most should be avoided.

Here are some notable creep factors:

A common issue with many romance plots and subplots is the primary conflict being based on a misunderstanding. This is a problem because it’s been done a million times and because it’s unrealistic.

The woman accidentally walks in on her man with his arms wrapped around another woman, but it’s not like that, she just tumbled into his arms while he was buying his love interest a wedding ring.

This is not a conflict that can be sustained for very long. In real life, normal people would just have a conversation immediately and then move on with their lives. Refusing to communicate over a misunderstanding can be maddeningly annoying to readers.

Weight the Romance According to its Plot Value

How much weight you give the romance should be balanced with its value to the plot. If the novel is primarily about the romance, then obviously there needs to be a lot of it! But if romance is a subplot, it can be helpful (and ideal) to consider how much it is enhancing the main plot and how much value it’s adding to your story.

There is no sense in lingering on a romance in every scene of your novel if it doesn’t tie in with or improve upon the main plot. If the romance doesn’t offer a stepping stone in the character arc or create interesting and complex conflicts that get in the way of the main plot, it probably shouldn’t have much “screen time” in the novel.

Take the genre into consideration as well. You do not want your horror novel turning into a paranormal romance. If the romance starts to push out the genre elements, you’ve gone too far.

What Makes a Romance Work

Now that I’ve told you all the things not to do, let’s talk about some of the things to do:

Whether your novel is a straight up romance or has the teeniest of romantic subplots, here are some questions to strengthen it:

These questions should get you moving on assessing and improving the quality of your romantic subplot.