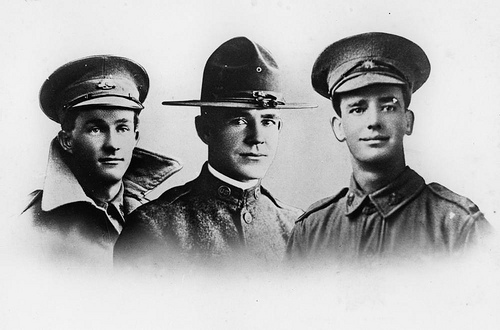 We’ve talked a lot about plot and obstacles and even villains, but we haven’t talked very much about the protagonist. Today, let’s spend some time on the most important element of our protagonists: their character arcs.

It’s true, I value the character arc above all else. Above the obstacles. Above the goals. Above the setting and narrative style and plot twists. The truth is, a novel is about the character. It’s about his or her transformation from crippled little caterpillar to spectacular butterfly (or the other way around).

The character’s growth is what makes reading a novel satisfying.

“But what if my novel is plot driven?”

A connection to a main character is vital for a novel to be successful in the vast majority of cases. A novel that is plot driven still needs a character arc.

How to Tell if Your Character Has an Arc

You can determine whether a character arc is present in your novel by looking at your protagonist’s behavior and personality in the first chapter and then in the novel’s climax. Has he or she changed or grown? Does the climax involve an act the protagonist never would have been capable of before the start of the novel?

If your character has grown, can you identify exactly what type of growth took place? For example, did your character grow from being cowardly to brave? Weak to strong? Jealous to giving?

If you can identify a character arc, awesome! It may not be strong enough just yet (more on that later), but you’ve got the core of the arc and are ready to make improvements.

If you don’t have a character arc, you need to get one. Pronto.

How to Develop a Character Arc

If you don’t have a character arc, there are lots of ways you can go about finding one. Here are some good options.

Option One: Go with your character’s weakest trait. Make sure that it’s something the character will have some resistance to changing. Choose the opposite trait as their personality’s final destination. Now you just have to string a journey between those two traits.

Option Two: Go with the trait that hurts the character the most. If your character must lead a rebellion, give them a character flaw that involves being incapable of leadership. This will put pressure on their character arc and push them more forcefully toward changing.

Option Three: Go with who you want your character to become and have them start as the opposite. Are they a self-sacrificing hero at the end? Make them a greedy prick in the beginning.

How to Improve a Character Arc

If your character arc is kinda sorta present but could use a little beefing up, there are some simple ways to create a stronger arc:

A clear sign of a bad or nonexistent character arc is a paragraph included at the end of the novel that attempts to sum up a character arc that was not apparent throughout the story. This often comes from writers who can tell that something is missing (dissatisfying) in their ending.

For some writers, this attempt at squeezing in a character arc is apparent throughout the novel. The writer seems to realize every few scenes that they need to add a bit more depth to their character. This is often done by having the character reflect on scenes that already occurred and how if only they were such-and-such way, they could have done better.

Remember that the character flaw that is central to the character arc should be identifiable throughout the events of the novel, not just in character reflection.

Spend some time now working on fleshing out this vital piece of your novel. Answer the following questions:

These questions should help you develop a character arc that is strong and dynamic.

Note that sometimes character arcs go the opposite direction and good characters turn into bad characters. This is okay, you simply need to demonstrate the opposite of everything listed above. How does the positive trait hurt the character in the beginning and help them in the end?

Note also that the character arc does not have to be a transformation from a universally “bad” trait to a universally “good” one. The trait at the beginning just has to be a problem in your character’s specific circumstances (at least from the character’s perspective) and the final trait has to be “good” for the circumstances (even if it’s not truly a good trait). So, for example, a character can transform from a “good girl” rule follower to a “bad girl” who stands up for herself (but neither trait was truly, objectively “bad.”).