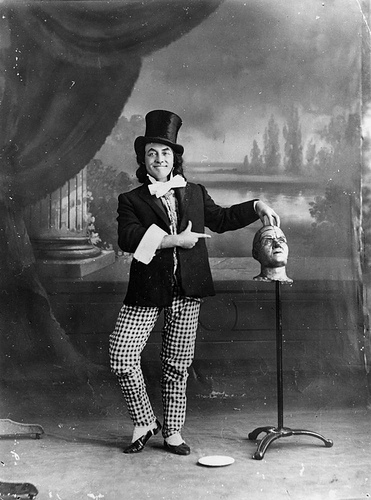 First impressions are important. We decide within seconds whether or not we like someone. And something as simple as the circumstances under which we meet can have a huge influence over our opinion of someone. The same thing holds true for your novel’s characters.

If you’ve been around the querying block for a while, you might have gotten the dreaded rejection letter that states, “I didn’t connect with the character.” This can really hurt. Especially if you, like most writers, love your characters as if they’re your own flesh and blood. How could anyone not love them as much as you do?

It could be the character itself (I’ll get into that another time), but it could also be how you’re introducing the character. In other words, it could be a bad first impression.

To help you assess your protagonist’s first impression, here are some of the most common bad impressions of protagonists:

This lazy-bones character just sort of sits around and watches conflict happen around him. He doesn’t try to get involved, but is content to stand on the sidelines. He stands in the shadows and says, “Hey, look, a conflict…I think I’ll just stay here in my shadow.”

In a character introduction, an inactive protagonist will make readers wish they were reading the story from a different perspective. Anyone involved in a conflict (even the bad guy) is more interesting than someone who isn’t.

“Everything is terrible. Nobody likes me. I can’t do anything right. Blubber, blubber, whine, whine.”

Nobody wants to meet a character who’s sitting around feeling sorry for herself (I’m looking at you YA protagonists). People have the most sympathy for characters who tough things out and the least sympathy for those who throw their own pity party. At her best, the whiner seems angst ridden. At her worst, she elicits eye rolls.

In a character introduction, the whiner can actually cause the reader to identify with the antagonistic force. Because for whatever reason, when people are feeling sorry for themselves, we like to see their pity party get rained on.

Also known as the window gazer, the coffee drinker, the cigarette smoker, and the sit-around-and-do-nothing-but-think-er.

In a character introduction, the contemplator can come across as a weak, bland character unable to carry a plot and unworthy of the reader’s time.

The historian is like the contemplator except that the only thing he thinks about is the past: how he met his best friend at seven, how he once got a girl pregnant, and how he found out that apple cinnamon Poptarts are the best.

The historian seems to think that his story can’t start until the reader hears all about everything that’s ever happened to him up to this point. This is a majorly boring drag because readers want to be swept up in the interesting and exciting conflict of the moment!

In a character introduction, the historian will likely be labeled an incurable info-dumper who will spend more time focusing on the past than on the conflict at hand.

This is the gold-standard of protagonists. The one you should all be aiming for. She is actively engaged in conflicts. She fights for what she wants, and she never sits on the sidelines!

Readers love the proactive protagonist because she’s fascinating. We can root for her goals right alongside her. We get sucked into her story from the very first page. We almost feel like we are her while reading the story! How fun is that?

In a character introduction, the proactive protagonist lets the reader know that this story is definitely about her and that she will take charge of it from the very first scene to the last.

Note that taking charge of the story does not mean that the character has to be strong and confident. A weak, wimpy character can still be proactive. For example: hiding from bullies, trying to disguise magical abilities, cleaning the house to please an abusive partner.

The key is that the character must be doing something. And that something must be motivated by a desire (not getting beat up, not being discovered as magical, not getting yelled at, etc.).

How to Instantly Connect the Reader to Your Character

It’s entirely possible to have a proactive protagonist that the reader does not connect with. This is because pro-action is just one piece of creating the perfect character introduction. The other pieces are as follows:

Answer the following questions about the introduction of your protagonist:

If you answer no to any of these questions, brainstorm ways to rewrite your protagonist’s introduction so that it more clearly represents your character and creates a stronger connection with the reader.

Depending on your time commitment to Novel Boot Camp, rewrite your character introduction or take notes on what you plan to change when you have time for revisions.