This is part one in my middle grade fiction series. Future installments will include information and statistics on word count, point of view, tense, and debut vs. established authors.

To receive notifications when the rest of the series is posted (as well as my other blog posts), submit your email address in the side bar to the left.

I compiled the statistics below based on the New York Times Bestsellers List for middle grade novels. I included all novels that made the top ten list between April and September 2013 (a six month period).

I did not include media tie-ins (Lego, Disney, Star Wars, etc.) as these books have their own momentum that may have nothing to do with the subject matter, the quality of the book, etc.

I did not include nonfiction.

I did not include books that were sequels because they are not standing alone on their own merit.

I did include books that are the first in a series even if a subsequent book had already been published before the first book made it on the bestsellers list.

While there are a lot of factors that go into a book’s success, I wanted to break down the elements of the most popular middle grade books in the current market.

My primary motivation in doing this is to answer some of the most frequently asked questions by aspiring middle grade authors, such as appropriate topics, genres, word counts, point of view, tense, etc.

Rather than split hairs about individual genres, I decided to breakdown the bestselling books based on whether or not they are realistic or fantastical.

Of the 22 books on the list, 10 were realistic and 12 were fantastical. 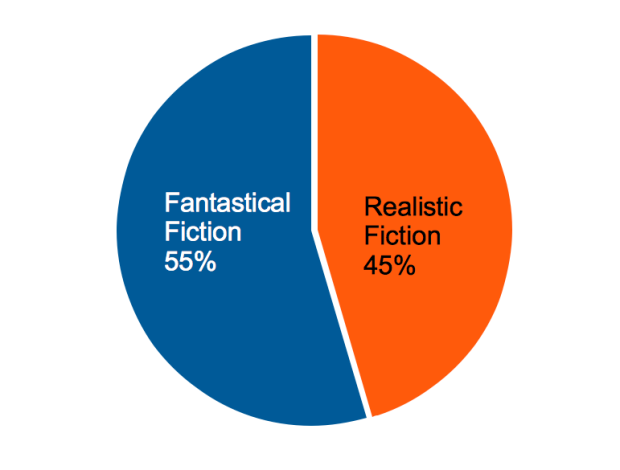 In realistic fiction, the most popular topic/genre was Historical. Keep in mind that teachers are one of the biggest purchases of middle grade books and are more likely to buy the educational historical novels over a humor or mystery novel.

Only one sports book made the list. It may be important to note that this book was written by a professional soccer player, which may or may not have driven sales. 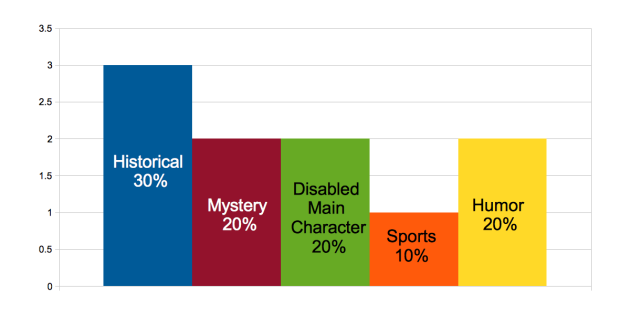 “Portal Fantasy” is a novel that starts in the real world and features a child who is transported into a fantasy world. There were two of these.

There was only one Dystopian novel and it featured dogs as the main characters (this was not included under “personified animals” due to other fantasy elements). Since the only bestselling Dystopian featured dogs, it is not clear whether Dystopian with humans would be successful in middle grade.

One book featured fantasy elements in the real world, meaning that the characters were not transported to another world but simply found magic here on earth.

One book was Paranormal, but the author was extremely well established before its publication, making it difficult to say whether paranormal would be a successful genre for a debut author. 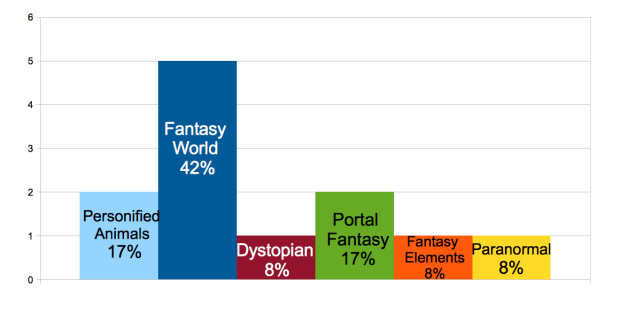 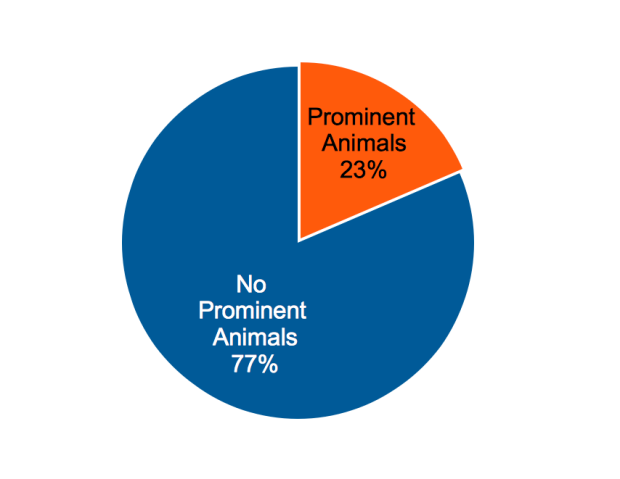 In addition to exploring the popular genres, it’s important to note the genres that made no appearance at all. There was not a single Science Fiction novel on the list. There also wasn’t any Horror, though some of the fantasy books had some minor horror elements.

In realistic fiction, there weren’t any stories about normal kids facing major life issues (bullying, divorce, etc.). There were two humor books that dealt with popularity, but the only realistic fiction with a serious tone were the two books about disabled main characters.

There are two ways to look at these absent genres/topics. They could either be areas of opportunity or areas with poor sales. It’s difficult to determine without further research, but I tend to believe that there is always a place for a well-written novel of any genre.

Want a FREE critique of the first 500 words of your novel? Check out First Page Friday.

Need a freelance novel editor? Check out my editing services.