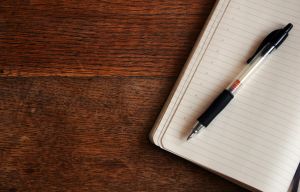 Writing great scenes is essential to a great novel. After all, a novel is nothing more than a string of scenes tied together with common themes, goals, and characters. But it can be easy, as a writer, to create scenes that aren’t really scenes.

But what makes a scene a scene? Well, most importantly, it has to take us somewhere. It has to move the plot forward. Something has to happen that changes things for our characters. And the characters within the scene must want something. They must have desire.

So how do you identify a scene/chapter/section that’s not a scene? Here are some indicators:

Not all character introductions are a problem. But if a character is introduced within a scene that has no purpose other than to introduce the character, it’s not a real scene.

If your characters are sitting around talking about something they both already know about, with no new information or perspectives, coming to no new conclusions or resolution, you’ve written motivation-less dialog. 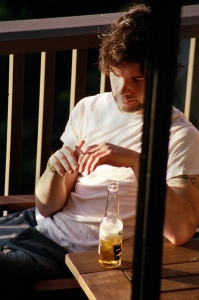 This happens when you need to get something across to your readers that your character already knows. Perhaps it’s a bit of backstory, an emotion, or a character quirk.

You’ll know you’ve written a contemplation scene if your character is just sitting around thinking . . . a lot . . . and doing nothing else.

If all your character has to do to move the plot forward is ask someone a straight question and get a straight answer, that’s easy plot advancement, and it’s not a real scene. A scene requires conflict. But that doesn’t mean that everything your character does must be difficult.

The key is to find places to create tension. Perhaps the person she gets the answer from requires her to pay for it, but she doesn’t have any money – uh oh, conflict! Or perhaps he lives in a tall tower and she’s afraid of heights. Or maybe he’s repulsive but wants a kiss in exchange for the info.

Get creative! But also choose things that make logical sense within the context of your characters and story.

If you’ve identified any of the above scenes in your novel (or if you have any other scenes that don’t ring true), here are some questions to ask yourself:

If the answer to any of these questions is no, consider whether you can move the information within the scene to another, better developed scene.  If that can’t be done, come up with a way to restructure the scene so that you can answer these questions with a yes.

If you’re having particular difficulty identifying whether scenes need to stay or go (or if something just feels off about your novel as a whole), it wouldn’t be a bad idea to go through each scene in your story with these questions.

Need a freelance novel editor? Check out my editing services.